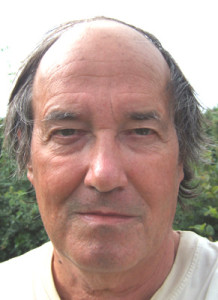 Catastrophism today is the name given to a school of thought that supports the idea that the history of the Earth has been punctuated by natural events such as floods, fires and asteroid strikes that have caused widespread if not global devastation and that some of these events occurred within the memory of man and are recorded in worldwide mythologies.

Georges Cuvier (1768-1832) is sometimes referred to as ‘the father of paleontology’ and an early exponent of catastrophism.

Worryingly, it is now more generally accepted that further catastrophes will occur as a result of future cometary/asteroidal strikes. One such close encounter, around 2800 BC, was considered by the Christian catastrophist, Donald W. Patten, to have generated the Deluge of Noah(j) and was the source of the flood legends found around the world! Patten nominates Mars as the intruder(l), an idea also advocated by Elsar Orkan, who, however, proposes a date of around 8000 BC for this encounter[1442].

Some readers may think that the subject has no direct connection with Plato’s Atlantis, however, his text refers to a number of catastrophic events that clearly brought devastation to Athens, Atlantis and beyond. The Flood of Deucalion and earlier inundations, Phaeton and other cosmic encounters, plus conflagrations and earthquakes all point to periods of great instability in the early prehistory of the Aegean region and quite probably much further afield.

Jürgen Spanuth devotes chapter 4 of his Atlantis of the North[0015] to an examination of “the natural catastrophes of the 13th century BC” that deals with Phaeton and the blizzard of floods, earthquakes and eruptions that beset the Eastern Mediterranean at the end of the 2nd millennium BC. Some of these matters have been recently expanded upon by Nur & Cline(f)(g) and endorsed by Stavros Papamarinopoulos[0750.73].

August 2013 saw studies published(h) which pointed the finger at climate change as the cause of the widespread political instability in that region during the second millennium BC.

Claude Schaeffer, a celebrated French archaeologist, declared in 1948[0806] that on at least five occasions during the Bronze Age the Middle East had been subjected to widespread catastrophic destruction as a result of natural events rather than human activity.

Immanuel Velikovsky is arguably the best know of the 20th century catastrophists, who published two books[0037][0038] in the 1950’s that provoked widespread controversy that continues today. There is an interesting albeit a sceptical review of catastrophism in the last century by Patrick Moore & Bob Forrest in Chapter 14 of More Things in Heaven and Earth(k).

Paul Dunbavin, author of Towers of Atlantis [1627], has published a paper(n), highly critical of Velikovsky’s work.>Dunbavin has researched the evidence for a number of pole shifts that are not dependent on what he describes as the “naïve astronomy” of Velikovsky.< 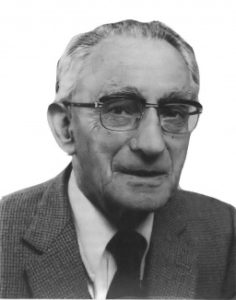 In 1964, the Belgian mathematician René Gallant (1908-1985) published Bombarded Earth[0748]  which dealt in great detail with the consequences of meteorite impacts with the earth. Gallant, perhaps because of his amateur status as a geologist, never received the attention he deserved.

More recently Allan & Delair produced another book[0014] that identified 9500 BC as the date of a global catastrophe following an encounter with a comet. Their conclusions are at variance with Velikovsky’s, particularly regarding dates. Professor Mike Baillie of Queens University, Belfast is a well-known dendrochronologist who has recently entered the debate with his book, Exodus to Arthur[0111] that adds evidence from his discipline to support the theory of cometary or asteroidal impacts with the Earth. Unfortunately his work is confined to the last 4,500 years and so casts no further light on the 9,500 BC date apart from offering support for the possibility of extraterrestrial impacts.

However, Richard Firestone and his co-authors have researched[0110] an impact ‘Event’ the occurred 13,000 years ago and caused devastation in North America including the creation of the hundreds of thousands of Carolina Bays and some of the outbursts of Lake Missoula. Like Baillie, they claim that a memory of this event has been preserved in the folktales of many of the North American Indians. This book is a must-read for anyone interested in the latest developments in catastrophist research.

The destruction of Atlantis has been linked to a number of possible catastrophic events including earthquakes, volcanic eruptions, floods and asteroid strikes. Plato’s account cites a flood as the immediate cause of the disappearance of Atlantis. In the 18th century Giovanni Carli was probably the first to link a cometary encounter with the Earth as the cause of Atlantis’ demise. This idea has been supported by numerous writers ever since, with Emilio Spedicato being one of its leading exponents today.

There are numerous sites on the Internet relating to catastrophism of which one(a) can be recommended as a good starting point for further study. Andy Blackard has listed(b) events connected with global upheavals around 3200 and 2000 BC. An Australian archaeologist, Peter Jupp, is the creator of the Ancient Destructions website(e) which deals with a number of historical mysteries including, Baalbek and Antarctica.

A more recent book by Robert Argod[0065] postulates that many of these historical catastrophes were caused by an irregular series of accelerated tectonic movements, although he does not offer a credible mechanism to explain the triggering of such upheavals. Is it possible that the strikes by or near misses with extraterrestrial objects, proposed by so many, generated the tectonic shifts proposed by Argod?

Professor Trevor Palmer has written a comprehensive history of catastrophes and catastrophism from the earliest times and its relevance today. His Perilous Planet Earth[0888] includes a couple of chapters in which he reviews Atlantis theories in the context of catastrophism.

Dr Michel-Alain Combes has a PhD in astronomy from the Université Pierre et Marie Curie (Paris VI). He has an extensive website(i) dealing with catastrophism, which translates quite well.

2012 was been promoted as the date of the next worldwide catastrophe based on a highly questionable interpretation of the Mayan calendar. New Age gurus were promising a change in global consciousness, whatever that means. If interested  you can read more of this nonsense online(c) or consider a more balanced view(d).

>A huge catastrophist bibliography (2010) is available online(m) with a 2020 update now available(o).<