L. Sprague deCamp (1907-2000) is probably better known as a science fiction writer with over 120 books to his credit, including two non-fiction titles, Citadels of Mystery (First ed.: Ancient Ruins and Archaeology) [0820] and Lost Continents [0194], in which he was extremely sceptical of the reality of the Atlantis described by Plato. He offers the blunt declaration that Plato concocted the whole story, basing the tale on a mixture of the wealth of Tartessos in Spain, the destruction of the Greek island of Atalanta all intermingled with the mythology of Atlas. Although his criticism is harsh, it should be said that deCamp does display a reasonable degree of objectivity. It is probably because of his perceived integrity that other Atlantis sceptics continually trot out his views in support of their own position.

>A few years after Lost Continents was published, Nikolai Zhirov wrote a critique of the book(c), rejecting both its style and content. He notes that “the work shows a bad one-sided knowledge of geology and oceanography which is not counterbalanced by a critical examination of the published geological and oceanographical facts, although it is only by a study of these last that the Atlantis problem can be fully resolved.” Personally, I think that Zhirov’s comments are a reflection of his own bias towards an Atlantic location for Atlantis and ignore many other aspects of the Atlantis question, such as the date when Atlantis existed, as well as the identity of the Atlanteans.<

One of deCamp’s most quoted extracts is that “you cannot change all the details of Plato’s story and still claim to have Plato’s story.” While I fully endorse this comment, I must point out that there is a difference between changing and interpreting. For example when Plato refers to Asia or Libya, even deCamp accepted that in Plato’s day ‘Asia’ was not the landmass we know, stretching from the Urals to Japan, but a much smaller territory [0194.27]. In fact the term ‘Asia’ at one point was just applied to a small region of modern Turkey. Similarly, ‘Libya’ was not the country we know by that name today, but the term was often employed to designate all of North Africa west of Egypt. There are a number of other details in Plato’s narrative that require explanation or interpretation and so as long as any such elucidation is based on evidence and reason they cannot be glibly dismissed as substantive ‘changes’.

DeCamp also considered Alfred Wegner’s theory of continental drift as “very doubtful”, but corrected this statement in a 1970 edition of his book. Immanuel Velikovsky also received the sharp end of deCamp’s pen, describing his catastrophic theories as ‘mad’. Further information on deCamp can be found on the internet(a) where excerpts from his Lost Continents are also available(b).

Henry Eichner drew attention [0287] to the fact that in three books relating to Atlantis authored by deCamp he describes a ring found by Adolf Schulten at the site of Tartessos, but slightly differently in all three! In Lost Continents it is plain, in Lands Beyond it is copper, while in Ancient Ruins and Archaeology it became gold!

Frank Joseph incorrectly claimed in the July/August 2011 issue of AtlantisRising magazine that DeCamp “formerly a staunch disbeliever in Atlantis, was later convinced it did indeed exist in south-coastal Iberia.” 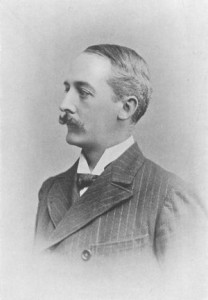 Charles J. Cazeau & Stuart D. Scott, Jnr were Associate Professors of Geology and Anthropology respectively at Buffalo’s State University of New York. They are the authors of Exploring the Unknown[0878], in which they sceptically examine some of the mysteries that have been most popular with the general public. An excerpt from their book is available online(a) .

Naturally, Atlantis features in this collection with a review of some of the best known theories. However, the authors seemed constrained by Sprague deCamp’s warning[0194] that “you cannot change all the details of Plato’s story and still claim to have Plato’s story.” Consequently, they have accepted Plato’s very early date for the demise of Atlantis in spite of the fact that it conflicts with both archaeology and commonsense.

The result is that Caseau & Scott concluded that the Atlantis narrative includes a distorted memory of the global flooding that followed the last Ice Age. However, they ignore the fact that the retreat of the Ice Age glaciers raised sea levels quite gradually, if erratically, and that Plato’s account of the inundation of Atlantis describes it taking place over a day and a night as a result of earthquakes.

Jean d’Eraines was the author of the 1914 book, Le probleme des origines et des migrations[1056], in which, according to Sprague deCamp, he identified the Arctic as the home of Atlantis. The original French text is available online(a). I note that he was not mentioned in Joscelyn Godwin’s Arktos and has also been accused of being pseudo-scientific(b).

Marcel Pollet (1883-1961) was a French musical composer who has written for the cinema as well as operatic works. He is possibly the same person that Sprague deCamp lists as suggesting in 1923 that Atlantis had been situated in the Low Countries (Belgium & Holland). 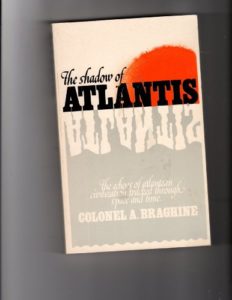 Gonzalo Fernández Oviedo y Valdéz (1478-1557) was a Spanish historian and in 1519 the author of what was probably the first literary work produced in the New World, Libro del muy esforzado e invencible caballero Don Claribalte.

On his return to Spain, Oviedo wrote an important history of the Spanish Indies, La historia general y natural de las Indias[1117], which included what is believed to be the first illustration of a pineapple. Most of his work was not published until the mid-19th century. (volume one available online(a))

Sprague de Camp, without citation, listed[0194] Oviedo as having located Atlantis in what is modern Iraq and that the survivors of its destruction escaped to the Americas. Thorwald C. Franke has drawn attention to the absence of any such reference in ‘La Historia’.

*In his Historia, Oviedo identified the Antilles as the legendary Hesperides.*

Stephen P. Kershaw notes[1410.227] that Oviedo attributed the peopling of the Americas to Phoenicians and/or Carthaginians.