Michael MacRae (1949- ) is an Australian artist, writer and documentary maker who specialises in comparative mythology. His 2014 book, Sun Boat:The Odyssey Deciphered[985]offers the theory that Homer’s epic poem is an account of Odysseus’ circumnavigation of the world circa 1160-1130 BC.

In June 2015 he was ‘the author of the month’ on Graham Hancock’s website(a) with an article promoting his book. However, Jason Colavito has responded to that with a dismissive critique of MacRae’s idea(b).

This tussle has continued back and forth on Hancock’s website(c).

MacRae notes the suggestion that Homer’s Scheria can be identified with Atlantis and as such was probably situated off the western end of the Bay of Cadiz, Portugal’s Cape Vincent.

Scheria is the name of a Phaeacian island mentioned by Homer in his Odyssey and identified by some, including Ignatius Donnelly, as Atlantis. Scheria has been noted as only second to Atlantis for the array of locations ascribed to it. For example, Heinrich Schliemann,  as well as many ancient and modern commentators, considered Scheria to have been Corfu. Others, such as Felice Vinci suggest Norway, while Iman Wilkens[610] offers the Canaries.

A recent paper by Gerard Janssen, of Leiden University, also places Scheria in the Canaries, specifically on Lanzarote(f). This is one of an extensive series of papers by Janssen, which links Homer’s geography with locations in the Atlantic(g). An introductory paper(h) might be the best place to start.

An Atlantic location for Homer’s epic poems is advocated by N.R. De Graaf, the Dutch author of the Homeros Explorations website(i). Specifically, he also concluded that Scheria can be identified with Lanzarote in the Canaries concurring with Wilkens and Janssen. 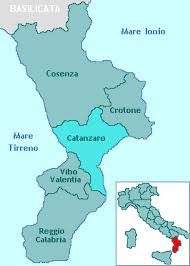 A further mystery is that, according to Dr Ernst Assmann quoted by Edwin Bjorkman, “both the vessel of Odysseus, as pictured in Greek art, and the term applied to it, are of Phoenician origin.”

Daniel Fleck(a) lists ten similarities between Scheria and Atlantis. Jürgen Spanuth[015] quoted and added to an even more extensive list of comparisons between the two compiled by R. Hennig. Rainer W. Kühne has also written a paper(c) on the similarities.Walter Leaf perceived a connection between the two and wrote accordingly[434]. Edwin Björkman went further and wrote a book[181] that linked Tartessos, Scheria and Atlantis. More recently, Roger Coghill stressed the similarity of Homer’s Scheria to Plato’s Atlantis in The Message of Atlantis [0494]. Ernle Bradford notes that the name Scheria itself is thought by some to be derived from the Phoenician word ‘schera’, which means marketplace, which is not incompatible with Plato’s description of Atlantis as a hive of commercial activity. [1011.204]

Michael MacRae in his Sun Boat: The Odyssey Deciphered[985] also thinks that Scheria could be identified with Atlantis and as such was probably situated at the western end of the Gulf of Cadiz near Portugal’s Cape Vincent. A number of 20th-century researchers such as Sykes and Mertz have placed the travels of Odysseus in the Atlantic. More recently, Gerard Janssen has followed this school of thought and as part of his theories identifies Scheria as the island of Lanzarote in the Canaries (e).

This identification of Scheria with Atlantis has induced Eberhard Zangger, who advocates Atlantis as Troy, to propose that Troy is also Scheria![483]

Briareus was described in Greek mythology as a fifty-headed and hundred-handed giant, who guarded Cronos on the island of Ogygia. The mythologist, Michael MacRae, interprets this as a reference to Briareus as the captain of a ship with fifty oarsmen[985.180].

Felice Vinci notes that Aristotle had the ‘Pillars of Briareus’ as an earlier name for the Pillars of Heracles(a). Frank Joseph claims that he was also known as Aegeon (Aigaios)[104] whereas Hesiod and Homer have recorded Briareus as the son of Aigaios(b).

Thorwald C. Franke has subsequently advised that Vinci’s reference is incorrect and that it was Aelian rather than Plutarch(c)  who quoted Aristotle.