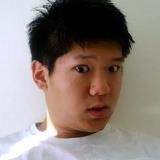 >Yoon has now assumed the title of ‘The Atlantis Expert’ and has posted a number of YouTube videos(h) which claims to support his Atlantis theories!< 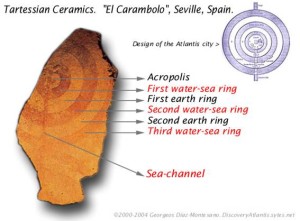 continually fascinated students of the story and many have attempted to link them with similar ancient features found elsewhere in the world as evidence of a widespread culture. Stonehenge, Old Owstrey, Carthage and Syracuse have all been suggested, but such comparisons have never been convincing. Diaz-Montexano has recently published(a) an image of a fragment of pottery found near Seville in Spain that shows concentric circles and insists that it is a symbol of Atlantis. Ulf Erlingsson has made a similar claim regarding some concentric circles carved on a stone basin found at Newgrange in Ireland.

Less well-known are the concentric stone circles that are to be found on the island of Lampedusa in the Strait of Sicily(b).

In 1969 two commercial pilots, Robert Brush and Trigg Adams photographed a series of large concentric circles in about three feet of water off the coast of Andros in the Bahamas. Estimates of the diameter of the circles range from 100 to 1,000 feet. Apparently, these rings are now covered by sand. It is hard to understand how such a feature in such very shallow water cannot be physically located and inspected. Richard Wingate in his book[0059] estimated the diameter at 1,000 yards. However, the rings described by Wingate were apparently on land, among Andros’ many swamps.

Two papers presented to the 2005 Atlantis Conference on Melos describe how an asteroid impact could produce similar concentric rings, which, if located close to a coast, could be converted easily to a series of canals for seagoing vessels. The authors, Filippos Tsikalas, V.V. Shuvavlov and Stavros Papamarinopoulos gave examples of such multi-ringed concentric morphology resulting from asteroid impacts. Not only does their suggestion provide a rational explanation for the shape of the canals but would also explain the apparent over-engineering of those waterways.

At the same conference, the late Ulf Richter presented his idea [629.451], which included the suggestion that the concentric rings around the centre of the Atlantis capital had a natural origin. Richter has proposed that the Atlantis rings were the result of the erosion of an elevated salt dome that had exposed alternating rings of hard and soft rock that could be adapted to provide the waterways described by Plato.

Georgeos Diaz-Montexano has suggested that the ancient city under modern Jaen in Andalusia, Spain had a concentric layout similar to Plato’s description of Atlantis. In August 2016 archaeologists from the University of Tübingen revealed the discovery(i) of a Copper Age, Bell Beaker People site 50km east of Valencina near Seville, where the complex included a series of concentric earthwork circles. 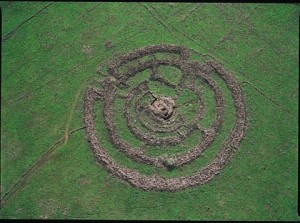 A very impressive example of man-made concentric stone circles, known in Arabic as Rujm el-Hiri and in Hebrew as Gilgal Refaim(a), is to be found on the Golan Heights, now part of Israeli occupied Syria. It consists of four concentric walls with an outer diameter of 160metres. It has been dated to 3000-2700 BC and is reputed to have been built by giants! Mercifully, nobody has claimed any connection with Atlantis. That is until 2018 when Ryan Pitterson made just such a claim in his book, Judgement of the Nephilim[1620].

Jim Allen in his latest book, Atlantis and the Persian Empire[877], devotes a well-illustrated chapter to a discussion of a number of ‘circular cities’ that existed in ancient Persia and which some commentators claim were the inspiration for Plato’s description of the city of Atlantis. These include the old city of Firuzabad which was divided into 20 sectors by radial spokes as well as Ecbatana and Susa, both noted by Herodotus to have had concentric walls. Understandably, Allen, who promotes the idea of Atlantis in the Andes, has pointed out that many sites on the Altiplano have hilltops surrounded by concentric walls. However, as he seems to realise that to definitively link any of these locations with Plato’s Atlantis a large dollop of speculation was required.

Rodney Castleden compared the layout of Syracuse in Sicily with Plato’s Atlantis noting that the main city “had seen a revolution in its defensive works, with the building of unparalleled lengths of circuit walls punctuated by numerous bastions and towers, displaying the city-state’s power and wealth. The three major districts of the city, Ortygia, Achradina and Tycha, were surrounded by three separate circuit walls; Ortygia itself had three concentric walls, a double wall around the edge and an inner citadel”.[225.179]

Dale Drinnon has an interesting article(d) on the ‘rondels’ of the central Danubian region, which number about 200. Some of these Neolithic features have a lot in common with Plato’s description of the port city of Atlantis. The ubiquity of circular archaeological structures at that time is now quite clear, but they do not demonstrate any relationship with Atlantis.

The late Marcello Cosci based his Atlantis location on his interpretation aerial images of circular features on Sherbro Island, but as far as I can ascertain this idea has gained little traction.

One of the most remarkable natural examples of concentric features is to be found in modern Mauritania and is known as the Richat Structure or Guelb er Richat. It is such a striking example that it is not surprising that some researchers have tried to link it with Atlantis. Robert deMelo and Jose D.C. Hernandez(o) are two advocates along with George S. Alexander & Natalis Rosen who were struck by the similarity of the Richat feature with Plato’s description and decided to investigate on the ground. Instability in the region prevented this until late 2008 when they visited the site, gathering material for a movie. The film was then finalised and published on their then newly established website in 2010(l), where the one hour video in support of their thesis can be freely downloaded(m).

In 2008, George Sarantitis put forward the idea that the Richat Structure was the location of Atlantis, supporting his contention with an intensive reappraisal of the translation of Plato’s text(n). He developed this further in his Greek language 2010 book, The Apocalypse of a Myth[1470] with an English translation currently in preparation.

However, Ulf Richter has pointed out that Richat is too wide (35 km), too elevated (400metres) and too far from the sea (500 km) to be seriously considered as the location of Atlantis.

A dissertation by Oliver D.Smith has suggested(e) the ancient site of Sesklo in Greece as the location of Atlantis, citing its circularity as an important reason for the identification. However, there are no concentric walls, the site is too small and most importantly, it’s not submerged. Smith later decided that the Atlantis story was a fabrication!(p)

Brad Yoon has claimed that concentric circles are proof of the existence of Atlantis, an idea totally rejected by Jason Colavito(j).

In March 2015, the UK’s MailOnline published a generously illustrated article(g) concerning a number of sites with unexplained concentric circles in China’s Gobi Desert. The article also notes some

superficial similarities with Stonehenge. I will not be surprised if a member of the lunatic fringe concocts an Atlantis theory based on these images. (see right)

>Paolo Marini has written Atlantide:Nel cerchio di Stonehenge la chiave dell’enigma (Atlantis: The Circle is the Key to the enigma of Stonehenge) [0713]. The subtitle refers to his contention that the concentric circles of Atlantis are reflected in the layout of Stonehenge!<

In 2011 Shoji Yoshinori offered the suggestion that Stonehenge was a 1/24th scale model of Atlantis(f). He includes a fascinating image in the pdf.

This obsession with concentricity has now extended to the interpretation of ancient Scandinavian armoury in particular items such as the Herzsprung Shield(c).

For my part, I wish to question Plato’s description of the layout of Atlantis’ capital city with its vast and perfectly engineered concentric alternating bands of land and sea. This is highly improbable as the layout of cities is invariably determined by the natural topography of the land available to it(h). Plato is describing a city designed by and for a god and his wife and as such his audience would expect it to be perfect and Plato did not let them down. I am therefore suggesting that those passages have been concocted within the parameters of ‘artistic licence’ and should be treated as part of the mythological strand in the narrative, in the same way, that we view the ‘reality’ of Clieto’s five sets of male twins or even the physical existence of Poseidon himself.

Furthermore, Plato was a follower of Pythagoras, who taught that nothing exists without a centre, around which it revolves(k). A concept which may have inspired him to include it in his description of Poseidon’s Atlantis.

(k) Pythagoras and the Mystery of Numbers (archive.org)