engineer. He is also a serious student of Ancient Greek history and literature whose research(a) enabled him to present three papers to the 2008 Atlantis Conference. These included a revised translation of many of the key words and phrases in Plato’s Atlantis texts. He quotes Strabo’s Geographica (3.5.5.20) to demonstrate the multiplicity of locations on offer for the Pillars of Heracles. He places Atlantis in North Africa at the Richat Structure, with the Pillars of Heracles situated in the Gulf of Gabes which formerly led to an inland sea where the chotts of Tunisia and Algeria are today,  as well as a number of other lakes and rivers in what is now the Sahara.

He posits a number of large inland seas in Africa including a much larger Lake Chad. The 2014 May/June edition of Saudi Aramco World has an article(c) on the remnants of the ‘Green Sahara’, during what is known technically as the African Humid Period (9000-3000 BC). Sarantitis also claims that at one stage in the distant past Libya had been a peninsula. In a June 2015 report the University of Royal Holloway in London revealed that the size of Lake Chad was dramatically reduced in just a few hundred years(d). A similar map showing enormous inland North African lakes 13,000 years ago are included in Taylor Hansen’s The Ancient Atlantic[0527.36].

Sarantitis offers details of his theories on his extensively illustrated Plato Project website(a), which I wholeheartedly recommend readers to visit. He includes a rather technical forensic analysis of Plato’s use of myth. Sarantitis also suggests that the ‘unfinished’ Critias is in fact continued at the beginning of Homer’s Odyssey (1.32-34).

Some of Sarantitis’ section on Methodology of Mythology will be difficult for non-academic readers, such as myself, to fully comprehend. For me his proposal that there were two Atlantean Wars, which took place in 9600 BC and 8600 BC(e) is extremely difficult to accept, since those wars were with an Athens and Egypt that did not even exist at those dates! I find it difficult to accept this apparent abandonment of commonsense and the science of archaeology.

In 2010, Sarantitis published his theories in The Apocalypse of a Myth in Greek. Now (2017) that work has been translated into English and is currently being prepared for publication with a new title of Plato’s Atlantis: Decoding the Most Famous Myth.

There is now an extensive video clip Q & A session available on Sarantitis’ website(b). 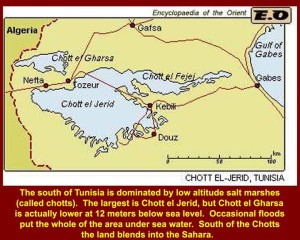