The River Danube is the second longest river in Europe, which was known to the ancient Greeks as ‘Istros’. It rises in Germany’s Black Forest and after passing through many countries, including four capital cities, it eventually empties into the Black Sea.

A number of researchers have associated the river with Plato’s Atlantis. One of the earliest was Nicolae Densusianu who proposed that Atlantis had been situated in ancient Dacia, his native Romania. Over a century later some of his ideas have been revived by other Romanian commentators such as Adrian Bucurescu and Alexandra Furdui. Densusian’s nationalism is now frowned upon and there is an understandable suspicion that his modern Romanian supporters may have similar underlying motivations.

There is a gorge on the Danube known as the Iron Gates which provides part of the boundary between Serbia and Romania. Densusianu located the Pillars of Heracles at the Iron Gates, an idea supported by Ticleanu, Constantin & Nicolescu who place Atlantis further west on the Pannonian Plain. However, Ranko Jakovlievic expressed the view that the Iron Gates section of the Danube was the location of Atlantis!

Related to this, is the claim by ‘Sherlock’ that Pindar’s Olympian Ode 3 suggested that the Pillars of Herakles had been situated at the confluence of the Seva and Danube rivers near modern Belgrade(b) .

>A recent book [1742] by Antonije Shkokljev & Slave Nikolovski–Katin also recount an ancient version of the ‘Labours of Hercules’ that took place in the Balkans.<

Christian and Siegfried Schoppe locate Atlantis east of the Danube Delta on Snake Island in the Black Sea an idea now adopted by George K. Weller(a) . 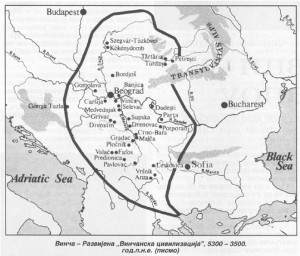 Mestor was the twin brother of Elasippos, who were the fourth pair of Poseidon’s sons to rule over part of Atlantis.

Siegfried and Christian Schoppe, who favour a Black Sea location for Atlantis, suggest that Mestor gave his name to the river Dniester. Their conclusion is based on similarity of sound!

Diaprepes was the name of the youngest of the fifth pair of twins whom Plato records in Critias as the tenth king of the Atlantean confederation/alliance.

The Schoppes, based on a rather vague similarity of sound alone, have suggested that Diaprepes gave his name to the region of the River Dnieper, which flows into the Black Sea, where they claim Atlantis had been located.

Flood of Deucalion is recorded in Greek mythology in terms that are reminiscent of the biblical Deluge. Prometheus the brother of Atlas the Titan, warned his own son Deucalion to build an ark and fill it with all he needed. Rain fell ceaselessly, flooding valleys, submerging cities, destroying all people and leaving just some mountain peaks to be seen above the sea. After nine days the rain stopped and Deucalion and his wife Pyrrha emerged and produced the ancestors of the Greeks.

Ogyges was the founder and king of Thebes whose reign was ended by a flood that covered the whole world and so devastated Thebes that it remained without a king until the reign of Cecrops. It is an open question whether the Flood of Deucalion and the Flood of Ogyges are identical or not.

J. G. Bennett has pointed out(a) that a fractured marble pillar, discovered on the Greek island of Paros and known as the Parian Marble, records important events in early Greek history including lists of the early kings, including Deucalion who is noted to have reigned at the same time as the Egyptian Pharaoh Thutmose III (1504-1450 BC). It records his reign as having been 700 years before the first Olympiad, which itself is dated to 778 BC, thus giving a date for the flood named after him to around 1478 BC, This period coincides with the biblical Exodus and the eruption of Santorini. Orosius, a 5thcentury AD writer, placed the Flood of Deucalion 810 years before the foundation of Rome giving it a date broadly around 1500 BC. This is suspiciously close to the date accepted by most archaeologists for the great eruption of Thera. James Mavor supported a date between 1529 and 1382 BC.

Giovanni Rinaldo Carli quotes from Clement of Alexandria (150-215 AD) who notes that Stenelas (Sthenelus), father of Cydas (Cycnus) the king of the Ligurians, lived at the same time as the fire of Phaëton and the Flood of Deucalion. This is probably one of the earliest references suggesting a linkage between these two catastrophic 2nd millennium BC events.

>Siegfried and Christian Schoppe have assumed that ” the Flood of Deukalion is identical with the Flood of Atantis – although the Egyptian priest denies this.” (c) <

Emilio Spedicato has also linked the Flood of Deucalion with the Exodus and dates them to 1447 BC. However, he believes that these events followed the explosion of a comet or asteroid over southern Denmark. He presented three papers to the 2005 Atlantis Conference on the subject of Deucalion’s Flood and Phaeton[629.115].

The work[280] of Finkelstein and Silberman has recently cast doubts over the historical reality of the Exodus, but of course this does not affect the reality of the Flood of Deucalion. It is odd that with such a sceptical view of Bible history that it was announced in February 2017(b) that Finkelstein is to start a search for the Ark of the Covenant.

David Rohl, a leading advocate for a drastic revision downwards of the dates of many events in ancient Egyptian history by at least three hundred years, has concluded that Deucalion’s Flood occurred during the reign of Thutmose III[232] and most controversially that it was concurrent with the eruption of Thera and its consequent tsunami. According to Rohl’s ‘New Chronology’, this would give the Flood a date of around 1100 BC rather than the conventionally accepted date of around 1450 BC.

Over the last couple of millennia there has been a general consensus that the Flood of Deucalion occurred in the middle of the second millennium BC. This leaves supporters of an early date for Atlantis obliged to produce evidence of a comparable catastrophe around 9600 BC, a task compounded by the probable erosion of any such evidence during the passage of such a considerable time span. We can expect this particular debate to run for some time yet.